I am pleased to announce that the trade paperback edition of Count Them One by One has shipped!  The ISBN for the paperback is 978-1628460490 and it can be ordered online or from your favorite bookstore.

The second edition of the paperback includes a Reading Group Guide and a new Afterward by the Hon. Carlton W. Reeves of the Southern District of Mississippi.  Thank you, Judge Reeves!

Here are links to the Mississippi Law Journal's Note:  Gordon Martin's Count Them One by One - The Hard-Fought Struggle in Pursuit of Liberty and Justice for All

Judge Gary S. Katzmann's Book Review of Count Them One by One in the New England Law Review.
Posted by Gordon A. Martin, Jr. at 10:13 PM No comments:

On December 28, 2010, I was privileged to appear on Good Morning America with Robin Roberts (here is the link).   I really appreciate all those at GMA who worked to make my appearance happen and for posting an excerpt on their website.   I was particularly touched by one camera man who asked me to autograph a book for him.
Posted by Gordon A. Martin, Jr. at 10:14 PM No comments:

Email ThisBlogThis!Share to TwitterShare to FacebookShare to Pinterest
Labels: Count Them One by One, GMA, Gordon A. Martin Jr.

Voting Rights in the Kennedy Years

Thanks to those of you who attended Voting Rights in the Kennedy Years at the John F. Kennedy Library on November 29, 2010.   I was honored to be joined by John Doar, who traveled from NY, and Helen McCullough, the daughter of witness, B.F. Bourn, who came from Charlotte.  B.F. ran the grocery and meat market at 523 Mobile Street, the main shopping area of black Hattiesburg.   Carole Simpson was the moderator, and spoke eloquently of her fellowship at Tuskegee in early 60s Alabama.

Email ThisBlogThis!Share to TwitterShare to FacebookShare to Pinterest
Labels: Count Them One by One, John Doar, John F. Kennedy Library

Here is a link to the interview I did last week with Dan Rea of CBS Radio.
Posted by Gordon A. Martin, Jr. at 8:31 PM No comments:

Email ThisBlogThis!Share to TwitterShare to FacebookShare to Pinterest
Labels: CBS Radio, Count Them One by One, Dan Rea

A wonderful day in Jackson - I wanted to share the article written by the gifted Jerry Mitchell of the Jackson Clarion-Ledger, who invited my wife and me to visit him at the paper this morning:

Gordon Martin Jr. has plenty of stories to tell about fighting to help Americans win the right to vote.

Martin lived through those days, and now he has a new book on the subject, Count Them One by One: Black Mississippians Fighting for the Right to Vote.

He is signing books at 5 p.m. today (Wednesday, Oct. 27) at Lemuria Books, followed by a reading. He will sign books at 5:45 p.m. Thursday at Square Books in Oxford.

In 1961, the U.S. Department of Justice filed its first voting rights cases against Mississippi counties where people had been turned away from voting.

One of those was Forrest County, where Circuit Clerk Theron Lynd did all he could to keep African Americans off the voting rolls. Lynd took advantage of the many tools set up by law — poll taxes, literacy tests and a clerk-given test to read and interpret a section of Mississippi’s Constitution.

“It was very clear his role was to keep down the number of registered blacks,” Martin recalled.  He was a part of the Justice Department team that took Lynn to court.  Martin prepared 16 courageous black witnesses who had been refused registration, found white witnesses, and was one of the lawyers during the trial.

In 1962, the department won a court order against Lynd, and it wasn’t long before he was disobeying it, Martin said.  The 5th U.S. Circuit Court of Appeals found Lynd in civil contempt, and he finally had to give in after the 1965 passage of the Voting Rights Act, Martin said.  In the years that followed, the work by the Justice Department as well as those laboring in the civil rights movement bore fruit. In 1964, only 6.7 percent of voting-age black Mississippians were registered to vote. Before the decade ended, that number had topped 66 percent.
Posted by Gordon A. Martin, Jr. at 12:27 AM No comments:

Email ThisBlogThis!Share to TwitterShare to FacebookShare to Pinterest
Labels: Count Them One by One, Gordon A. Martin Jr., Jackson Clarion-Ledger, Jackson Mississippi, Jerry Mitchell

Delighted to report that the New Orleans Times-Picayune (a paper I have enjoyed since I spent a semester teaching at Tulane Law School in the early 90s) called Count Them One By One a "Hot Read" in today's edition (link to come).
Posted by Gordon A. Martin, Jr. at 12:30 AM No comments:

Email ThisBlogThis!Share to TwitterShare to FacebookShare to Pinterest
Labels: Count Them One by One, Times-Picayune
Older Posts Home
Subscribe to: Posts (Atom) 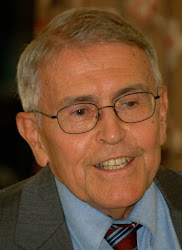 Gordon A. Martin, Jr.
Massachusetts
Gordon A. Martin, Jr., Boston, Massachusetts, is a former trial judge and currently teaches at New England School of Law. His work has been published in the Boston Globe, Commonweal, the Jackson Clarion-Ledger, the Encyclopedia of African-American Culture and History, various law reviews, and other periodicals.